The paradigm of unity in psychology

How is it possible not to be lost in such methodological “tower of Babel” within psychological disciplines? This paper aims to show that the concept of the paradigm of unity, originally taken from the social sciences, could be of much help to integrate the methodological status of psychology.

2. The paradigm of unity in social sciences

Thomas S. Kuhn (1962), a philosopher of science introduced the concept of the paradigm as a new vision of doing science, in order to analyze milestones in the development of the natural sciences. The invention of a new paradigm means a scientific revolution. As the most prominent prototypical mental change in terms of transformation of a new paradigm, Kuhn recognized the Copernican revolution.

The social sciences taken together, have not yet elaborated a paradigm in the Kuhnian sense. A suggestion to elaborate such a paradigm had been made at the ceremony of honoris causa doctorate awarded to Chiara Lubich in 1996 at the Catholic University of Lublin (Biela, 1996). It was argued that the approach of Chiara Lubich and the Focolare movement in the area of building unity in many social endeavors (eg. the Economy of Communion, practical eccumenism, the intra-religion-dialogue). This inspires the social sciences to the methodological paradigm of unity to stimulate and integrate research projects to find out the social mechanism and factors what develop the human potentiality for mutual co-operation, helping each other, sharing the benefits with others, and for more solidarity-oriented human behavior in various social environments.

A review of social sciences literature shows that the main focus of research accentuates rather social disintegration than integration, rather social pathology than sustainable development, rather individual ambitions than the need for the common good, and finally rather the autonomy of individuals or elite groups which do not care for the good of other persons than the need to learn how to co-operate and educate for altruism. The paradigm of unity in the social sciences proposes just to turn over the research preferences and to focus the projects on the other side of the same coin, i.e. on the “positive side” of human behavior in social circumstances.

Incorporating the paradigm of unity seems to have a lot of methodological benefits. It can integrate research projects in the social sciences towards discovering what social factors help people to learn to be more solidaristic, co-operative and helpful to one another. Another methodological benefit is to develop more advanced methods to reach social integration in a more deep background and a more multidiemensional spectrum .

Beside a cognitive motive, which is to find the truth about the human being and the society, there is also a teleological motive, which is to stimulate social and civilization development towards a way to reaching consensus, mutual understanding, sharing goods, and deeper social integration.

3. The paradigm of unity in psychological sciences

What would be the benefit from the paradigm of unity in psychology?

A proposal for a new research approach

In other to answer this question let us start from reviewing psychological literature taking into consideration the main focus in the research areas. This review shows that psychological researchers focus on matters related to psychopathology, clinical behavior, disintegration, individualistic motives, rivalry and aggression .

As far as the subject of psychology is concerned, the paradigm of unity proposes concentrating research on such behaviours, needs, motives, attitudes, emotions whose aims are:

The above list of behaviors oriented on positive goal gives a methodological proposal for psychological research projects which could maintain the balance between the positive and negative side of human live. Currently psychology researchers are strongly negatively biased. It could be a new methodological proposal for research within the theoretical currant field called positive psychology.

Psychological sciences aim at both cognitive goals (searching for the truth about the human being and his/her behavior both in daily life and extreme situations) as well as applied goals (psychological help for persons in their social roles, in achieving their purpose of life, and using their personality and intellectual disposals).

The paradigm of unity, as far as the cognitive goals are concerned, would help in finding the truth about the human being in a more integrated, synthetic and holistic way. Such a perspective allows psychology to equip itself with the concept of personality which assumes, first of all, its internal integration with personal identity and unity in oneself. A scheme of integration processes which constitutes psychological unity is illustrated in Figure 1. Then should be undertaken building the unity with other persons, in family relations (family members unity); in professional relations (vocational/institutional unity), in neighbor relations (neighbor unity), in fellowship or friendship relations (fellowship/friendship unity), and other ones. Unity as a psychological reality is constituted through the process of integration.

This unity is a psychological reality, which is a relational in its nature, i.e. it consists of human relations between an individual and other persons. As such it is a social and human relational part of one’s personality, as it is the field of fulfillment of very important human needs.

The process of an individuals’ integration extends also into the world of nature (natural environment and the environment created by man), which constitutes his/her unity with the world of nature. This is a relational reality between the person and the physical environment. This is also part of one’e personality in that the environment, available sensomotorically for the person, guarantees  the fulfillment of some ones biological or psychological needs. The more important those needs are, the more fundamental part of the personality the given environment touches.

In the context of the applied goals of psychology, the paradigm of unity suggests that one should focus on psychological help in developing and training the skill of empathy for another person. This ability is based on the analogy of experience, expectations, attitudes, goals, values and motives (Biela, 1991). It also makes clear that taking the perspective of the other person helps to overcome one’s own difficulties in integrating oneself.

The schema presented in Figure 1 can also be treated as a general model of providing psychological help, which deals with the ability to build empathic ties of the person who is in need with another person. The other person perspective enables more efficient integration of one’s own personality, a more positive use of one’s intellectual abilities, and to functioning in a more creative way by getting emotionally engaged in social situations and taking up social and professional roles.

However, for particular instances of providing psychological help, e.g. for marriage and family counseling, vocational counseling, school counseling, pastoral care, and others, specific application of the paradigm of unity should be presented, as far as they concern more specific human relationship.

Theoretical Framework for the Paradigm of Unity

Starting from W. James (1890) we can see a clear distinction between the pure Ego and the empirical Me, as the essence of human personality and its structure. The empirical Me is the content of one’s personality which comes from the person’s own experiences. In this sense the interactions shown in Figure 1 can be interpreted as building the structure of empirical Me. This is why we can talk about the social part of the empirical Me, whose contents are the relations with other persons. However, these relations can either constitute a space of personal unity with other persons (with mutual help, co-operation, well-wishing, good will, friendship, deep empathy, etc.) or they can be the space of personal distance, isolation (with stressful emotions, aggression, jealousy, envy, egocentric ambitions, rivalry, etc). Only the first kind of interpersonal space can be called a personal unity with the other person.

The Extended Empirical Me 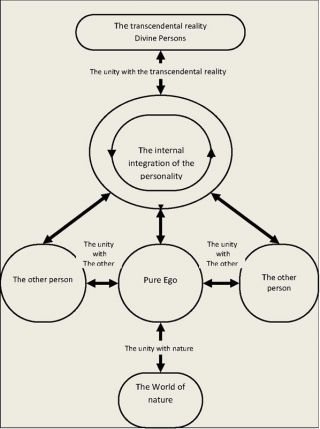 Figure 1. The scheme of application of the paradigm of unity in psychology.

The paradigm of Unity presented in the above theoretical framework could be further developed by interpreting the works of Chiara Lubich (2007) in terms of the theoretical  approach of Angyal (1941), and Nuttin (1984) and Lewin (1943) - which would be a valuable contribution to the field of psychology.

The presented remarks on the paradigm of unity in psychology show that including this paradigm into the methodological fundaments of this discipline allows us achieve the following cognitive, applicative and methodological goals:

1. To pay more attention to the positive side of human behavior which gives a more complete approach for psychological investigation;

2. To advance the psychological theory of personality by contributing the concept of building a unity with other persons, with the natural environment and with the transcendental reality

(i.e. to extend the concept of empirical Me);

2 To integrate psychological branches and research projects (within-branches-integration, and inter-branch-integration) by contributing a synthetic approach which would integrate the results of research on human factors, in order to elaborate more efficient method of psychological analysis and counseling;

3 To gain more efficiently both the theoretical and applied goals of psychology as a social science, behavioral science, natural science, life science and the branch of humanities: psychology could be more effective in diagnosing, advising, preventing and counseling, so that it could help people to be more friendly-oriented other people, the nature and the transcendental reality