Made to live in relationship 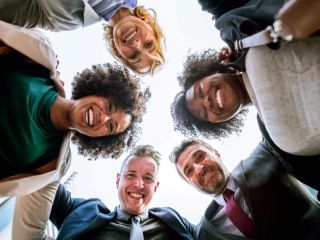 The health emergency, which has seen many of us forced at home for a long time, has undermined one of the fundamental aspects of life: relationality. As psychology points out, social relationships are fundamental for our mental health and are also at the origin of the identity that takes shape in each of us, thanks to the experiences we live through.

Moreover, as demonstrated by neuroscience, they even play a role in the brain formation, as explained by Daniel Siegel (La mente relazionale – Raffaello Cortina, 2001). It is clear, therefore, how being excluded from social life for a long time has negatively affected our well-being and quality of life.

The history of clinical psychology is characterized by the progressive emphasis given to the role of interpersonal relationships in the formation of the individual and by studies on the harmful effects that dysfunctional relationships can have: today no current of thought exists that does not recognize how much the others influence our way of being in the world.

The neuroscience approach goes so far as to state that only in relationships can the brain give its best (and we with it!). According to S.W. Porges (La teoria polivagale – Giovanni Fioriti Editore, 2016) when a human being is not connected with other human beings he or she is not well. According to his studies, a human being needs to live in “safe” social contexts, otherwise he or she has no way to access his/her higher brain functions.

When the body perceives that the social context is insecure, in fact, it struggles to relate to its fellow human beings and the brain is unable to activate the connections between archaic and evolved functions. Instead, if you feel recognized and accepted for what you are, then you can make the best use of your resources.

This means that if we were able to build relationships in which people become a source of security for each other, it would be possible to work for the common good, but also to express all our creativity, while when we relegate ourselves to indifference and suspicion, we lose out in health and quality of life.

This is a risk that is now looming over us who may be afraid of anyone we meet, because he or she could be a carrier of infection. But in reality, this distrust is something we have been living with for a long time, urged by the individualistic culture not to think of others but of ourselves and not to really trust anyone.

So what do we need in order to live a healthy relationality, in which selfishness is replaced by the conscious choice to live in reciprocity?

I believe that an answer can come from other neurological studies, which started in the ‘90s from the discovery of mirror neurons by a group of scholars from the University of Parma. According to these studies, what happens in intersubjective relationships derives from the innate ability to create a “we-centric” space, that is, a shared space in which ‘being with the other’ takes shape.

Mirror neurons allow us to understand the intentions and emotions behind the actions of the person we are observing. According to Vittorio Gallese, an embodied simulation takes place: our brain relives (simulating it) what the other is doing or feeling and in this way is able to understand it. It is as if it were us doing a certain action or experiencing a certain emotion.

In this way, mirror neurons allow us to attune ourselves to those around us. This ability is a fundamental aspect for the well-being of the person, who by constitution is open to others and who, in a certain sense, needs to be connected to them thanks to the multiple “we-centric spaces” to which he/she can give life.

The existence of these “we-centric” spaces is what, at the neural level, creates the sense of community and makes reciprocity possible, because it makes people feel intimately connected to each other. When the embodied simulation “makes me feel on my skin” what another person is experiencing, in fact, it becomes easier to feel that that person “belongs to me” (John Paul II – Novo Millennio Ineunte), that he or she is another me.

Through this mechanism, which psychology defines as empathy, it is easier to “take care of the other”, imagining his/her needs and desires, loving him/her as I would like to be loved in my turn. At the same time, this way of functioning of the brain makes it easier to live reciprocity, because when the person in front of me performs actions whose intentions I perceive as benevolent, I can more easily choose to reciprocate his or her manners (although every time we decide to open up to the other we take the risk of not being reciprocated and of experiencing a disappointment).

According to what neurosciences say – which confirm not only what psychology says, but also what is theorized by philosophy and expressed by many religions in the so-called Golden Rule – we are made to live in relationships of reciprocity (the “safest”).

Clearly, it is not instantaneous to create such relationships in every context: relationships are often marked by distrust, selfishness or even violence.

This depends on the relational (and cultural) climate in which we grow up or we find ourselves: This environment orients the formation of our neuronal circuits and consequently our choices. However, as much as mirror neurons can help us to empathically enter into the lives of others, it is up to each of us to choose in which direction to direct this “power” of understanding that can be used either to help those next to me or to take advantage of their fragility!

How do we direct this choice then? By promoting a culture of reciprocity and an education for the common good, capable of rediscovering the beauty of relationships of sincere attention to the other and making the desire to live in mutual benevolence flow from heart and mind.

This work is licensed under a Creative Common License Licenseand it was made with Free Software released under the GNU/GPL License. Zenadia da Silva: This email address is being protected from spambots. You need JavaScript enabled to view it.